The world is not as it should be. The rich feed, literally, upon the poor, as blood-sucking vampires who barely bother to conceal their horrific, parasitic nature. The downtrodden peoples of the world struggle under the burdens of rent, payable through the sweat of their labor or the blood of their veins. Evil has triumphed. Many have given in to despair. But all is not lost.

In Brinkwood, you take on the role of renegades, thieves, and rebels struggling for freedom and liberation in a castylpunk world controlled by vampires. Radicalized by tragedy, you have taken up arms and fled into the forests, where you were taken in by unlikely allies - the fae, forgotten creatures of myth - who offered a different path and the means to fight back against your oppressors.

Masks, forged of old wood and older magic, are the final tool left to fight a war long ago lost. If you wear them, they will take their price, etching themselves upon your very soul. But they will also let you spill the blood of the rich and powerful vampires that now rule the land, and from that blood strengthen yourself and your movement.

Anyone know where to find digital character keepers?  I want to run this for my game group but we play online and I haven't been able to find a google sheets version of these documents.

I ran this before I got the full document and my players were enthusiastic about the amount of choices that were available to them in terms of how they wanted to fight back and the different ways they could tackle a problem. I find tracking the rebels, the masks and the clocks of the enemy factions a bit hard to juggle, but I'm also terribly new at Forged Games. I'd like to really get into the meat of Forged mechanics before I pass any further judgement, but I am IN LOVE with this concept.

Note: This review corresponds to the playtest version of the game, v.06. The current version is likely even stronger, so take everything I'm saying here with the expectation that there'll be more content and polish in the final copy.

Brinkwood is a gothic rebellionpunk pen-and-paper rpg about what you're willing to give up to kill monsters. It runs on the Blades In The Dark engine, and should feel comfortable and familiar without being repetitive to anyone who's used to Blades' system.

Brinkwood is 274 pages, currently without art, but with a mostly clean and consistent layout (there are some rougher patches where the font changes later in the document, but nothing unreadable.)

Writing and world-building-wise, this is a heck of a book. There's a lot of conventional pulp gothic notes (vampires control the major nations, anti-vampire tools are outlawed, etc,) but there's also rigorous worldbuilding underneath that. The coin of the realm, for example, is called blood sterling. It's made of alchemically processed blood, and it's what vampires eat to gain and keep their immortality. Commerce, therefore, ends up being a literal magic---one which vampires can abuse to increase their power. Other world-building follows in this vein; starting with the setting's foundations, and then building up.

Tone-wise, there's no shortage of gothic atmosphere in Brinkwood, but the characters don't exist just to brood. The stated intent is for the PCs to be proactive, engage with the setting, and change it, and the book works to encourage that. The Blades engine helps a bunch too.

There are some cool flourishes Brinkwood puts on top of Blades, though. One is that the book comes with some pre-prepared antagonists you can set your campaign against. Another is that classes are somewhat customizable, with a significant chunk of your abilities coming from a mask you can swap out between runs. Another is that you aren't necessarily going to have a third of the town hate you all the time, the way you would in Blades---you're expected to rally and assist your allies, and the book gives you moves to support this. Resources are also more granular in Brinkwood than the Coin and Rep in Blades, and each has more stuff you can do with it, encouraging you to periodically spend materials when you have an excess.

That all said, the spots that stick to the Blades formula are also plenty fun, simply because they get to flesh out a setting that is both fully realized and completely different from Duskvol. Character creation in particular is a treat, and introduces a lot of the book's lore in passing. The faction writeups are also excellent.

Overall, if the idea of gothic vampire robin hood strikes you as interesting, and if you're interested in a game that hugs the line between tactical engagements and collaborative storytelling, I would recommend picking up a copy of Brinkwood.

Thank you so much for the thorough review! It's greatly appreciated.

Thank you for your review! I appreciate it.

A clever Forged in the Dark game which isn't content with chaning the original game's setting; instead, it uses it to tell a story about rebellion, which I find much more interesting in the long run.

The game is not finished but already very promising: the author has a clear vision and it looks well on its way to become a reality!

BRINKWOOD is an amazing Forged in the Dark (FitD) game, one the best I have seen utilising the mechanics. You play a group of ordinary people rebelling against the ruling vampires. I love how vampires served as a metaphor for capitalists, where they were born like everyone else and can choose to stop exploiting the poor, but they don't. The setting of this game, which the author called its genre castylpunk, is detailed and deeply thematic. The character and mask sheets and are well crafted and expertly layout. I adore the inclusion of a one-shot adventure for the game, which makes it easy to run. 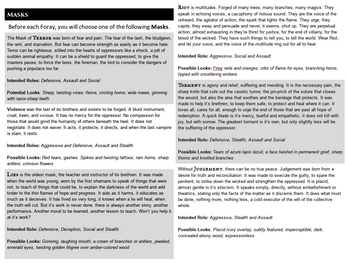 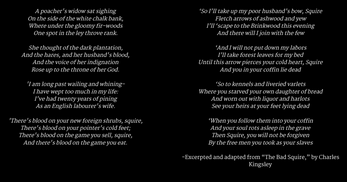 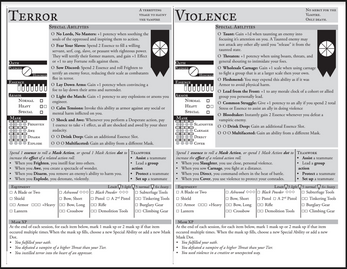 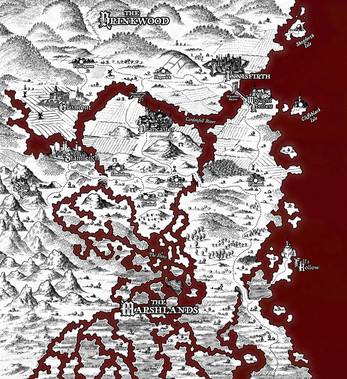 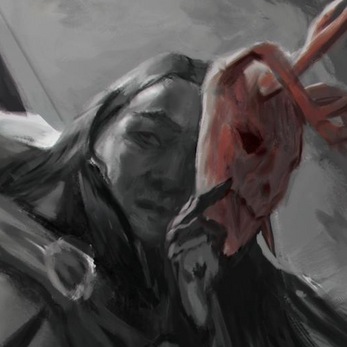